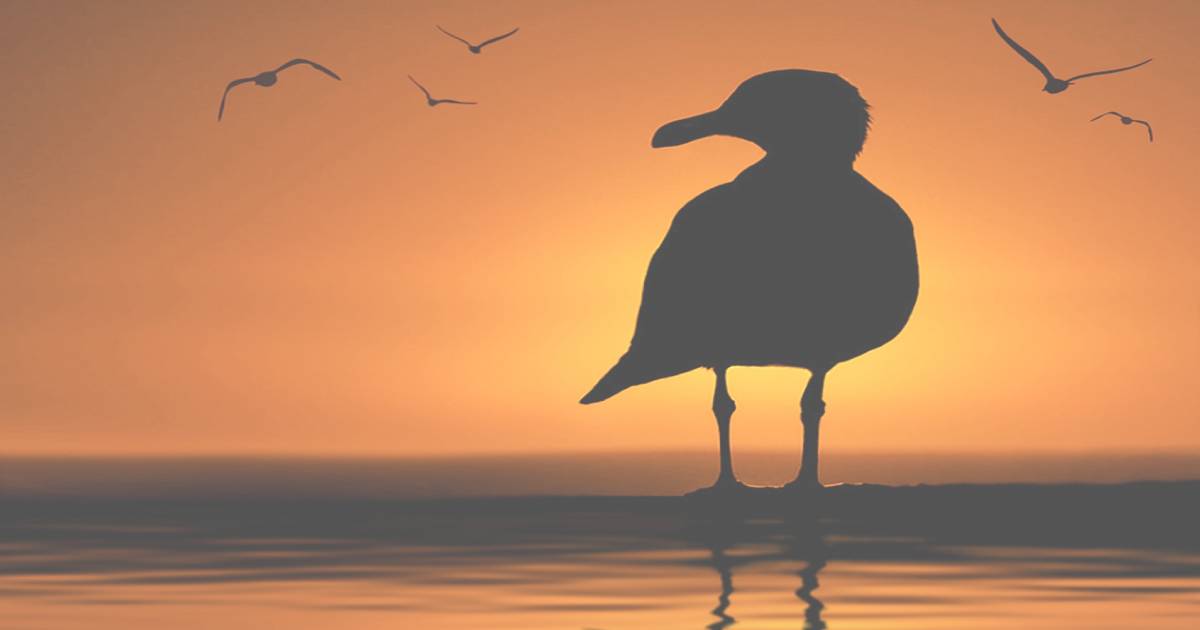 Symbols in “Sailing to Byzantium” by W.B.Yeats are best understood in terms of the ways in which Yeats negotiated with the anxieties of both personal and social implications of modernism. The prominent symbols help to add multiple dimensions to the poem, enriching the central theme of quest for immortality. Six of the most important symbols in “Sailing to Byzantium” include the city of Byzantium, birds, music, scarecrow, gyre and gold mosaic.

Byzantium was an ancient Greek city of beautiful architecture and high seat of early Christianity. It was later captured by Romans and called Constantinople. When Yeats was writing the poem, the city had started to be called Istanbul. Yeats deliberately chose to use the oldest name of the city as a symbol of utopia and artistic excellence. For him, Byzantium represented a paradise of perfection, unspoilt by history of civilization. In another poem “Byzantium”, Yeats writes:

A strait or a moonlit dome disdains
All that man is

The world which Byzantine art represents is diametrically opposite to the world of sensuality and carnality that Yeats found in modern urban life. It becomes a Platonic world of escape beyond the clutches of physicality and cycle of birth-death-rebirth. Historically, Byzantium was a city curated in gold, almost similar to the Christian idea of gold-paved heaven. 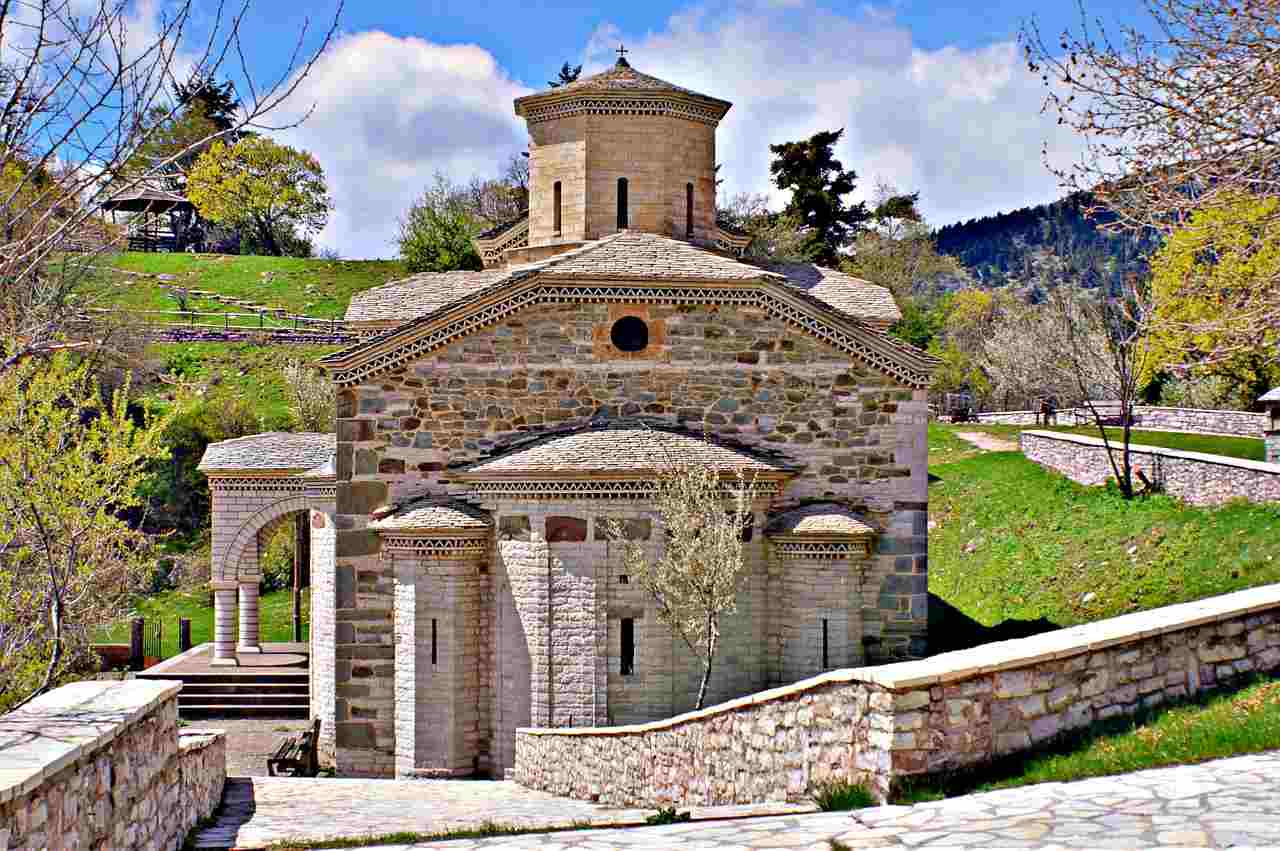 Geographically, Byzantium, or modern-day Istanbul, is practically on the dividing point of the East and the West. Sailing towards Byzantium is, therefore, also a metaphoric journey rejecting the ethos of the western civilization and venturing towards the East or orient, illuminated by the light of Vedic enlightenment. Ironically, in real world, Byzantium had ceased to exist. Yeats’ Byzantium is, therefore, a city of imagination, representing everything worthy that the modern era has lost, in its mad pursuit of material and temporal achievements.

In Romantic poets, the nightingales and skylarks had provided an escape into the world of the ideal, the world of the immortals. However, Yeats downright rejects such a representation. He classifies “birds in the trees” as part of the living world with their inevitable mortality and limitations. He sees death even in the songs of the birds which celebrate summer. Interestingly, the symbol of bird attains a different dimension when Yeats speaks about his final wish to be transformed as a golden bird, crafted by Grecian goldsmiths. He does not actually say that he wishes to change into a golden bird but he talks about an analogy here. The golden bird becomes a symbol of an artwork that survives the onslaught of time. Therefore, the birds represent two opposing symbols, providing an interesting key to understand Yeats’ inner conflict.

In “Ode on a Grecian Urn” John Keats talks about the unending music of the “unheard melodies” painted on the urn. However, he also feels the cold pastoral lifelessness of the same. Perhaps Yeats chose lifelessness over life, permanence over ripeness. Keats died at a very young age while Yeats had lived long enough to begin to get tired of his body and its failings. Perhaps that is the reason behind the different ways in which they represented life and art in their poems.

Just like the symbol of bird, music too is presented as dual-symbols, representing two different kinds of worlds. Yeats speaks about the sensual music of “that country” which he is tired of. This kind of music celebrates life and is limited to the five senses. It lacks the transcendence of intellect. In the second stanza, Yeats mentions “singing school” in context of the music of the soul. Therefore, he is talking about a different kind of music which needs to be taught at a spiritual level. In the third stanza, he urges the holy sages to become that tutor to him and help him create music different from the sensual music he loathes. Finally, in the fourth stanza he envisions a golden bird singing through eternity. The symbolism of music is integrally connected to the symbolism of bird serving to provide a unity to the poem.

In The Wonderful Wizard of Oz, the scarecrow thought he lacked brains and was in pursuit of it. Yeats paints a picture of a similar character, “tattered coat upon a stick”, as if implying that, without intellect an aged man is nothing more than a scarecrow. However, in the story of Oz, we figure that it was the scarecrow who was the most intelligent of them all!

From a different perspective, the image of the body as a garment is a prominent symbol found in Hindu Vedic scriptures and Bhagavad Gita. The soul is imagined to be imprisoned in the body which wears down with age. The scarecrow image becomes symbolic of both confined fragility and hope for impending release through these associations. The release is reachable through music of Byzantium, suggestive of “monuments of unageing intellect”

In Yeats’s poems, “gyre” is used to represent the swirling, turning landscape of life itself. He uses it to represent the systems that make up life, the push-pulls between freedom and control that spin together to create existence. In “Sailing to Byzantium”, he invokes the sages to appear through the motions of a gyre and teach him the music of immortality. The movement of the gyre, quite like the mythological churning of the ocean to recover the divine nectar, is symbolic of a transformative spiritual movement towards immortality. It is as if Yeats wishes to participate in such a spiralling movement where he can get rid of his tattered body and get transformed into an artifact of permanent worth. 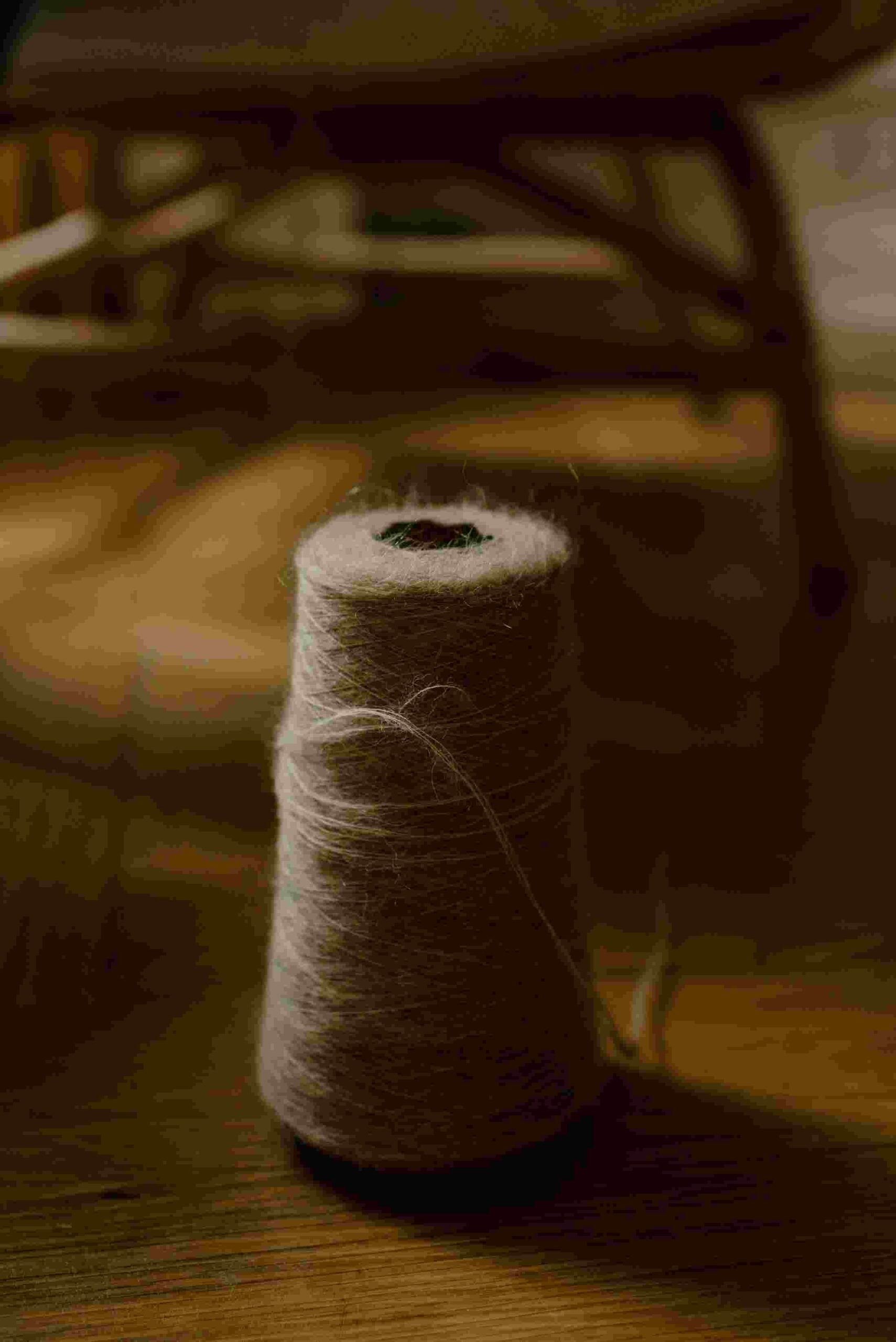 Gold is a conventional symbol of purity and permanence. Starting from the pavements of heaven down to the terraces of Byzantine houses, gold is the chosen material for crafting anything that represents grandeur and eternal glory. In the poem, there is repeated use of gold in phrases like “gold mosaic”, “hammered gold”, “gold enamelling” implying that the poet desires to achieve the purity and glory of Gold. However, he mentions the process of beating up gold to make it useful as a medium of creation. He understands that in order to achieve a “golden” glory he need to pass through the “fire of God”, just like the sages whom he invokes. 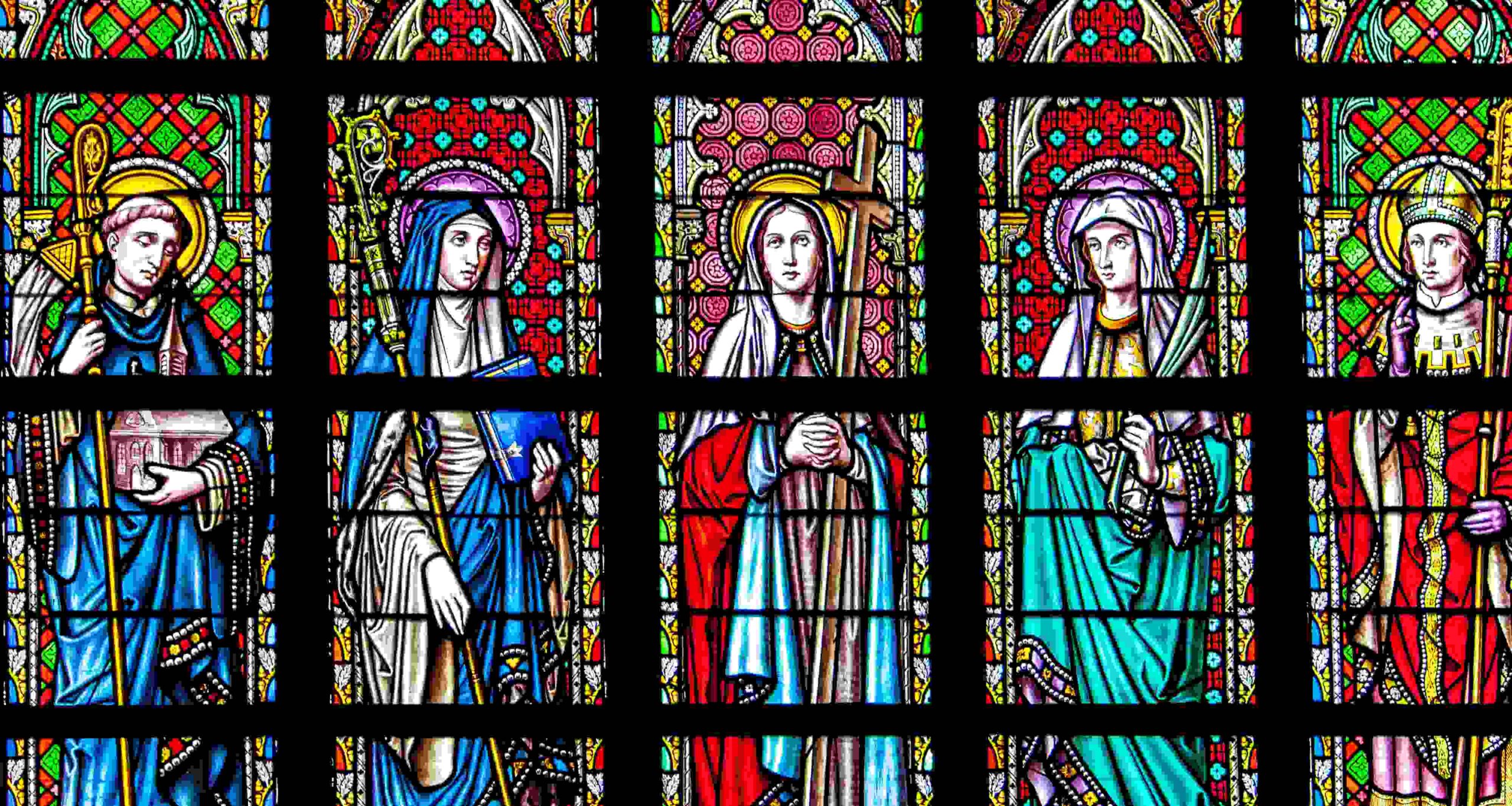 The prominent quality of Yeats’ symbolism is the way in which he interconnects the varied symbols. He connects the gold with the bird, the bird with the songs, the gyre gains additional significance within the context of spiritual annihilation indicated by the scarecrow. Besides these major symbols, Yeats uses some minor symbols as well which are worth mentioning. The salmons and mackerels lead a life of instinct where they pursue the call of nature blindly without showing any spiritual awareness. These are symbolic of the mindless pursuit of men and women of modern western society who show little regard for anything beyond sensuality. Yeats uses the word “monuments” two times, deliberately juxtaposing their meanings. In the first stanza he refers to the grand examples of creative genius, the intellectual monuments which defy time. The meaning of “monuments” in the second stanza is dubious. On one hand, it might mean the creative masterpiece of individual souls. However, it may also mean the monuments which are celebrated by the young people, who are self obsessed with their personal glory and have no idea about anything eternal. The act of sailing itself becomes a symbol of death, especially in context of Irish ethos which we find reflected in plays like “Riders to the Sea” by J.M.Synge.

This is the beaty of Yeats’ symbolism. It makes the readers contemplate on their understanding of traditional symbols and conventional imagery. The emperor, mentioned in the last stanza is reminiscent of the Sultan who spent a thousand and one sleepless nights, captivated by the narratives of Scheherazade. Yeats’ poem itself becomes a symbol of an illusive artifact that leaves the readers wondering about its meaning and staying awake trying to decipher the codes that Yeats deliberately keeps folded in mystery. Understanding the symbols in “Sailing to Byzantium” becomes a starting point to understand Yeats’ idea of creative immortality and spiritual emancipation. 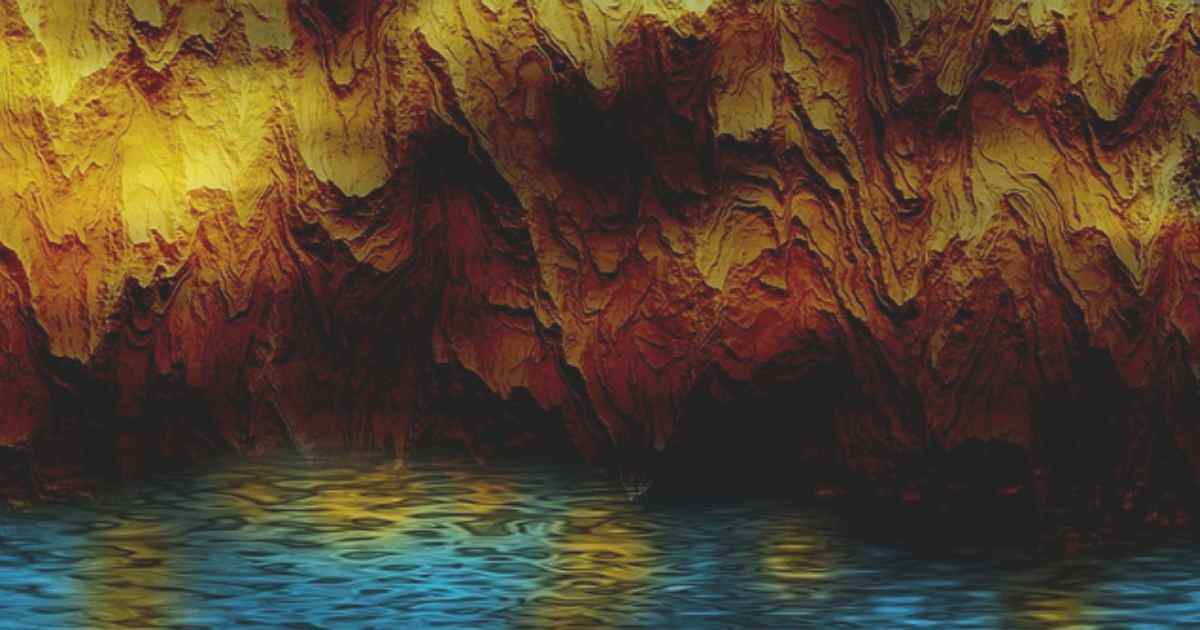 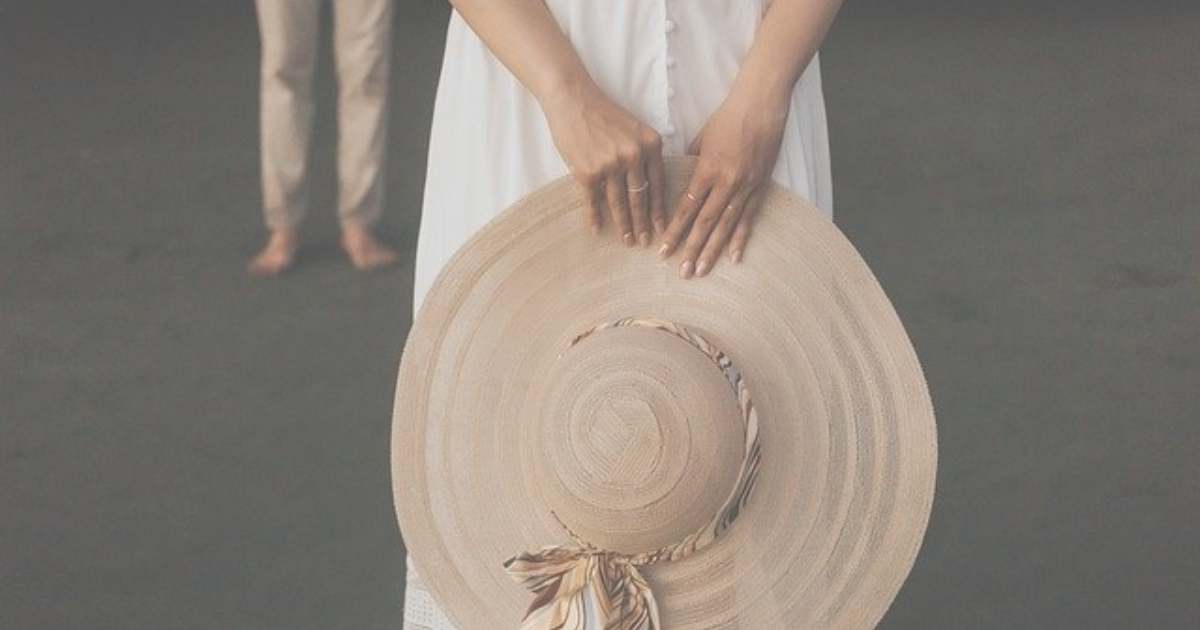 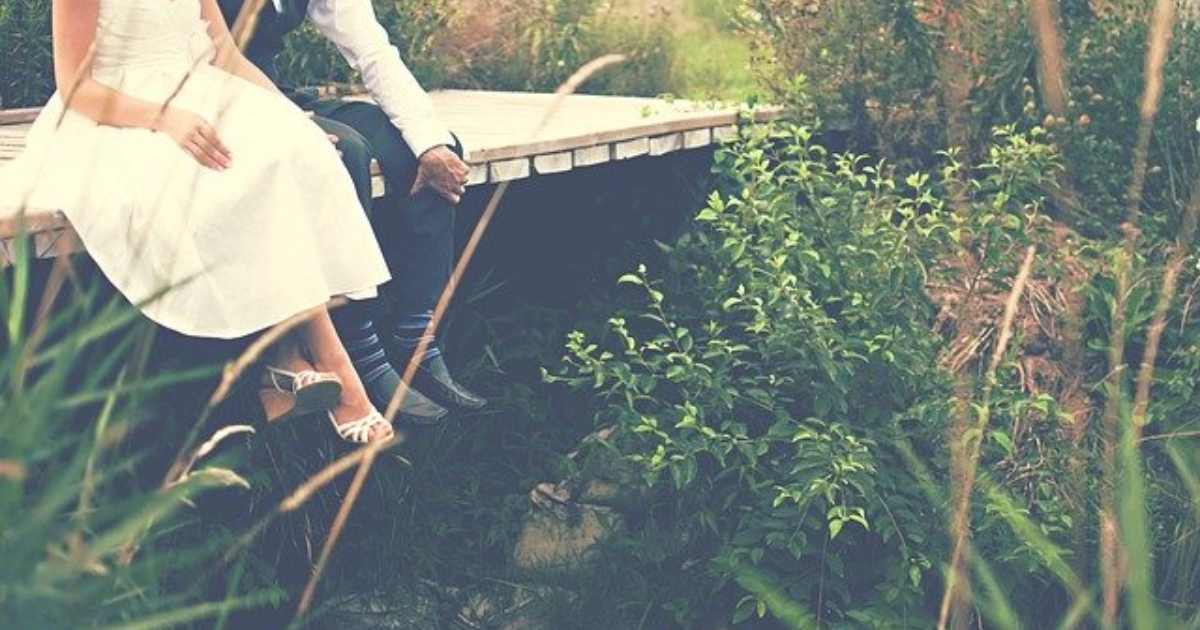 Loving in truth, and fain in verse my love to show,That she, dear she, might take some pleasure of my...