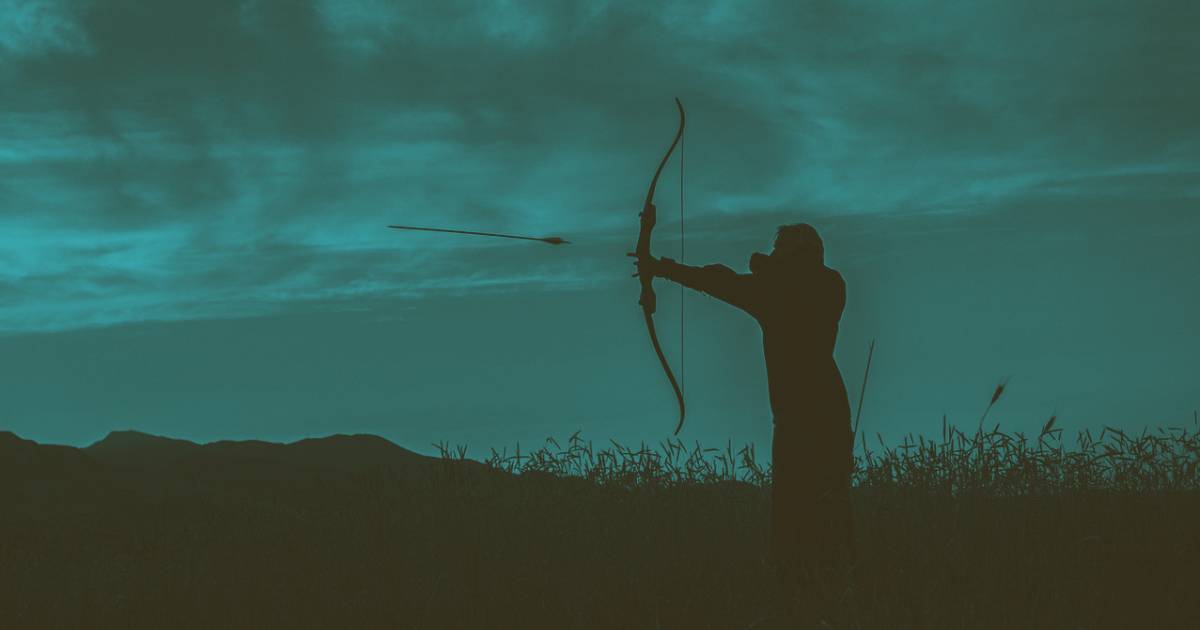 Duhysanta is the central male figure in the ancient Indian play Abhijnanasakuntalam by Kalidasa. He is the king of the Pourava dynasty and is often referred to as the “sage king” or “rajarshi”. Kalidasa presents multiple shades in the character of Duhysanta through the complex plot of the play and through multiple perspectives. It is interesting to see how the character of Duhysanta develops and matures over time.

Duhysanta appears on the stage at the very onset of the play. In Act1, he is seen to arrive at Kanva’s hermitage as a hunter chasing his prey. He is seen here as a valorous man, participating in royal sports of hunting, accompanied by his lively subjects. He represents what contemporary royalty stood for. His hunt attains a symbolic dimension as we see him shift his focus from his animal prey to a beautiful woman. Duhsanta’s initial attraction towards Shakuntala is rooted in carnality as he recognises only her external charm and attractiveness. The short span of time which he spends at the hermitage (Act I-Act III) does not reflect any emotional or intellectual connection between the two.

According to Natyasastra, a hero must be present in all the important junctures of the play, in all the Acts. However, we find that all through Act IV, Duhysanta is nowhere to be found. His absence becomes a disturbing reality that brings about the misery of Shakuntala. Expectations are created in the minds of the audience, as well as Shakuntala, that Duhysanta would be a redeemer when he finally appears in the Fifth Act. Sadly, in the Fifth Act, Duhysanta is seen as a completely different man. The curse had obliterated his memory of his affair with Shakuntala, he looks distant, formal and firmly rooted to his urban royal life.

Duhysanta represents a universe that is completely opposite to that of Shakuntala. His world is materialistic, demanding tangible proof and social sanction. His actions are no different than actions of Rama who succumbed to the demands of his countrymen and asked his wife to prove her sexual “cleanliness” and chastity. Morality is of two kinds: exemplary and conventional. Duhysanta fails to rise to the level of exemplary morality, something which sets an example. He finds comfort in conventional morality, a more mundane and mediocre.

Speaking of morality, one might question Duhysanta’s relationship with Shakuntala. From today’s perspective, his decision to seduce and eventually marry her in secret might appear morally and ethically questionable because he was already married. However, polygamy was an accepted and conventional system in those times and kings were expected to have more than one wife or consort to ensure continuity of his royal birth-line. When Duhysanta first appears, we find in him a sense of loss, a desire to have a son to continue his name. Shakuntala’s pregnancy is therefore a crucial factor in the play so far as Duhysanta’s attitude is concerned.

In the Fifth Act, Kalidasa makes use of disturbing ironies that shed light on Duhysanta, the King. A king who gains or inherits sovereignty has to guard it presumably, by whatever means necessary. The king is often referred to as “Rajarsi” (royal-sage). The public image of the king is set against the private image. In the verses spoken by the two young hermits, the king is presented as a great warrior and a good ruler. According to Hindu scriptures, the human life is divided into four stages or “asramas”. The other meaning of “asrama” is hermitage. Therefore, the fact that the king uses his life’s stages or asramas in the proper fashion is like a sage.

Duhysanta is presented as the great king as he undoubtedly was in the popular imagination of the contemporary times. His personal appearance is described in images that convey majesty, strength and grace of manner. His frame is compared to a magnificent tusker roaming the mountains. A number of images glorify him as a god-like hero, the very first image compares him to Lord Siva. A “public image” is built up by the “praise words” of hermits and bards. It is the “private image” that has more interesting shades. It is perhaps for this reason that Duhysanta decided to enter Kanva’s hermitage by removing his royal dress and ornaments. He wanted to be free from constraints of royal propriety. However, when his private and public lives collided eventually, he chose the latter.

One may wonder if Duhysanta would have felt so dramatically broken down in the sixth Act had Shakuntala not been pregnant. Shakuntala, for Duhysanta, is a carrier of his future child, a political achievement. Kalidasa allows him emotional speeches and words that express passionate love even when he is away from her in the Sixth Act:

Was it a dream? A magical vision

Of loveliness? A hallucination?

Or, the fruit of my good deeds past,

Reward in strict measure, and no more?

He prays in earnest:

My darling! Pity this man whose heart burns with bitter remorse from having abandoned you without any cause.

However, Kalidasa also makes us hear him regret having abandoned his wife who could have borne him a son:

My wife by right, the firm base of my lineage,

Abandoned, though I had implanted myself in her-

Like the rich earth sown with seed in due season – deserted

Before the promise of the rich harvest come true

He sees Shakuntala as a fertile piece of earth, as a generator of his royal lineage, as a glamourized but sub-human agent of reproduction. His words are a reflection of his understanding of Raj-Dharma, royal duty, which focus on ensuring a king’s legitimate rule over his subjects.

In the final Act Duhysanta manages to salvage some of the modern audience’s respect and empathy in his encounter with his son and wife. As he meets his son, he is overpowered by Vatsalya, (love for one’s child), even before knowing his identity. As he stands face to face with Shakuntala, who is now a mature woman, turned lean and austere by hard life of ascetics, he realizes her true inner beauty. At first, in the first three Acts, she was just an object of pleasure for him; a flower to smell, a gem to hold and an ornament to bear. However, long separation and grief at losing her and his son, together with his intense sense of guilt, gave him eyes to see. When Shakuntala stands before him, pale with suffering, the flesh mortified to let the spirits glow, the king truly sees her:

The king, as we saw him back in the first Act and the king, whom we see now in the final Act are two different personalities. There are strong parallels between the two Acts. In both, the king enters on a chariot, near a hermitage. However, the hunter Duhysanta of the first Act is nowhere to be found in the final Act where he is seen to teach the lesson of compassion and love to the little child:

Why do you flout that rule of gentleness

Toward all living things,

Like the young of a black serpent that spoils

For other creatures, the pleasant sanctuary

That is the fragrant sandalwood tree? (Act VII, 18)

Questions might arise here. Is he referring to himself when he uses the image of the serpent? Do his words express his guilt of having disturbed the peace of Kanva’s sanctuary and harming the innocent woman? Perhaps, in trying to teach the child the lesson of compassion, Duhysanta is admonishing himself. His transformation to a more admirable and humane character is complete when he seeks forgiveness of his estranged wife. 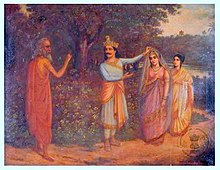 Kalidasa makes his play come to its full circle with eventual union of Duhysanta and Shakuntala. He makes sure that the audience forgive the actions of the king because Shakuntala does so. Durvasa’s curse acts as a redeeming factor in this case. Some questions, however, still remain in the hearts of modern and post-modern readers. Why had Duhysanta remained silent about his marriage when he returned to his kingdom? As per the play’s timeline, Duhysanta must have already returned to his palace before Shakuntala was cursed. Why had he not sent for her before the curse as he had promised before leaving?

These questions arise because of the changes that have taken place in Indian society down the ages. These questions add dimension and shade to the character of the central figure of Kalidasa’s play. Kalidasa called his play after the name of the heroine and chose not to mention the name of Duhysanta in the title. The title “Abhijnanasakuntalam” or “The Recognition of Shakuntala” focuses on the ordeal of the central female character and not the king. However, Duhysanta remains, and will continue to remain, the most important male figure in Kalidasa’s play. 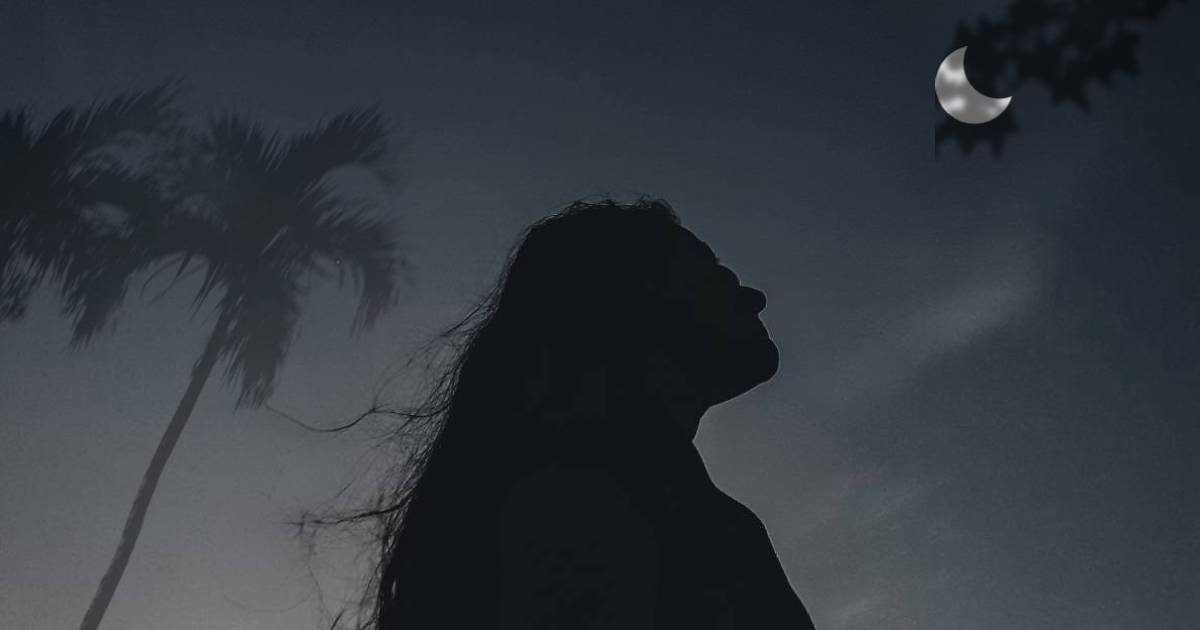 The character of Sakuntala, in Kalidasa‘s play Abhijnanasakuntalam is a remarkable fusion of beauty and moral prowess. On one hand... 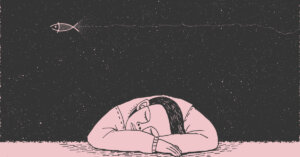 Charudatta is an impoverished Brahman in Sudraka’s play Mricchakatika. Sudraka presents Charudatta as a noble and sensitive man, of respectable... 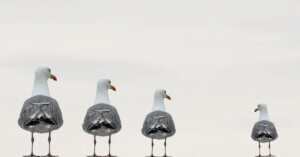 Society in Mricchakatika is reflected in different aspects, primarily because the play is essentially a Prakarana. In a Prakarana, the...