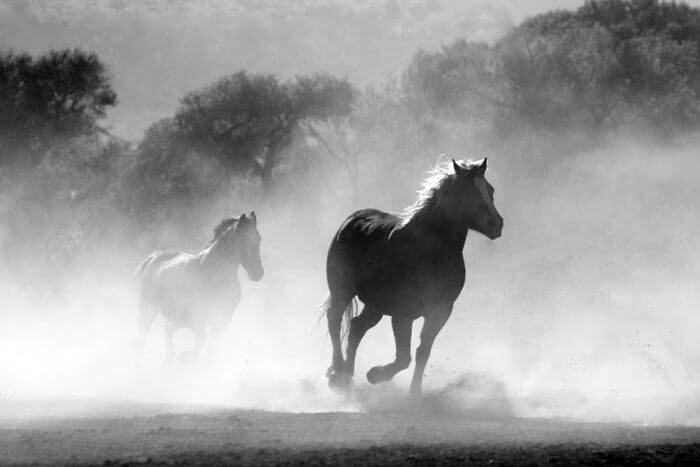 J.M.Synge’s Riders to the Sea is a remarkable dramatic presentation of an elegiac situation, represented both on a personal level of individual life and on a universal level of spiritual journey. This is implicated in the title of the play itself. On the surface, it is clearly a play about the two riders—the living man on the red mare and the dead one on the grey pony. Beneath this apparent simplification, there are echoes of Biblical archetypes and mythologies far deeper than the surface connotations.

In Maurya’s vision of Bartley and Michael on horseback, Synge uses the prose of Aran Islands to invoke the images of the Book of Revelation: “And I looked, and behold a pale horse; and his name that sat on him was Death”. Two of the apocalyptic horsemen in Revelation, one riding a red horse and capable of taking away peace, and the other riding a pale horse and called Death, are alluded to in Maurya’s vision. In Irish folklore, supernatural horsemen and horses are recurrent motifs.


The title, when seen from a more critical perspective, appears to contain a peculiar dichotomy. This, in turn, serves to highlight something special. Normally “riding” is not associated with “sea” as easily as “sailing” is. The very fact that Synge does not mention sailors in his title, directs at a deliberate strategy to create an air of un-naturality and doom. Bartley is not shown as a fisherman or sailor but as a rider, a transgressor, predestined to a fruitless extinction.

From another perspective, it can be said that every character in “Riders to the Sea”—Cathleen, Nora, Bartley and even Maurya, is part of an elemental journey, as riders to the sea of eternity. While Cathleen, Nora and Bartley represent the starting points of such spiritual voyage, conscious of apparent reality and need for sustenance, Maurya reaches a climactic stage followed by her anagnorisis.

It is at this point that the words “riders” and “sea” go beyond their usual significations to mean something far more universal and enduring. Errol Durbach aptly points out: “… this is the nature of her (Maurya’s) revelation at the spring well—not that of death alone, but of death as inextricable in the whole cycle of life.”

One might say that death by drowning is both motif and theme, and so is waiting for this death. However, a closer look at the Biblical allusion of the “grey pony” reveals a reversal of signification. Maurya, blessed thrice by Bartley (twice at the cottage and once at the spring well), is unable to bless Bartley. Therefore, the rider of the grey pony (linked to the pale horse), does not take away peace but gives it to the beholder, unlike the Biblical rider who is expected to take away peace.

Maurya’s final realization, articulated in her elegiac outpouring, marks her own acceptance of fate. Superbly linking the spring-well vision to Michael’s and Bartley’s deaths, Synge could not have chosen a better title for his play than “Riders to the Sea”, which reminds us of Yeats’ Rilke-inspired epitaph:

Cast a cold eye
On life, on death
Horsemen, pass by!

Life is seen as a brief ride, chased by Death riding behind. Realizing this, Maurya finds herself finally capable of blessing:

May he have mercy on the soul of everyone”

All men are, after all, riders to the same unappeasable sea, and to accept Maurya’s blessing is to participate in the tragic experience of the play—not about human futility but about a reconciliation between mortality and awareness, riding toward a pre-destined yet enlightened end. 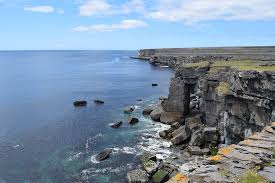 The Comedy of Errors: Quick Revision

Get latest post updates and other news in your inbox